and From the Bishop's Office today March 17, 2020:
Excerpt from Bishop's letter

"As a result, I am requiring that all of our churches not conduct public services of worship until April 5, 2020.  Churches that have a weekly attendance of 50+ will be required to suspend all gatherings until further notice.  This includes weddings, funerals, and other social gatherings.  There is no debate or question about this. We must and will comply with this directive.

We as a family at St. Paul's, will do our best to reach our members to offer love and support thru God's word, and Spiritual Guidance through Online livestream services.
​Here are the links for the Easter Service 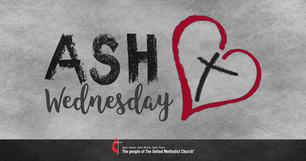 ​Ash Wednesday begins the season of Lent, a time when many Christians prepare for Easter by observing a period of fasting, repentance, moderation and spiritual discipline. Although Ash Wednesday has ancient roots, it does not appear in the rituals of The United Methodist Church or our predecessor denominations until the 20th century
Ministries and Their Chairpersons
Trustee Chairperson: Bro. Paul B. Wheatley
Health & Welfare- Dr. Philecia Mullings
On Sunday August 13, 2017 Our First Immersion Service was held at Clarendon Road Church.
Members of St. Paul's renewed their Commitment to the Christian Faith by a preparation service and a service of immersion.